About Us » Meet David Lawrence Jr. 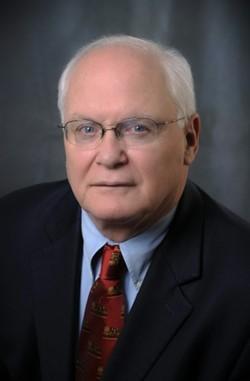 Born in New York City on March 5, 1942, Lawrence is one of nine children. After living on a farm for most of his childhood, Lawrence's parents moved the family to Florida in 1956. Lawrence is a graduate of Manatee High School in Bradenton, Florida and the University of Florida in Gainesville, where he was named "Outstanding Journalism Graduate." Lawrence married his wife Roberta on December 21, 1963. They have five children.

Lawrence worked for seven newspapers over his 35-year career. Before coming to The Miami Herald in 1989, he was publisher and executive editor of the Detroit Free Press. Previously Lawrence was editor of The Charlotte Observer, and earlier held reporting and editing positions at four newspapers. During his tenure as publisher of The Miami Herald, the paper won five Pulitzer Prizes.

In August 2018, Lawrence published his autobiography, “A Dedicated Life: Journalism, Justice and a Chance for Every Child.”

Lawrence retired in 1999 as publisher of The Miami Herald to work in the area of early childhood development and readiness. He is chair of The Children's Movement of Florida. He served from 2007-2016 on the Governor's Children and Youth Cabinet. In 2002 he led the campaign for The Children’s Trust, a dedicated source of early intervention and prevention funding for children in Miami-Dade – with an 85 percent reaffirmation from the voters in 2008. He is the “founding chair” of The Children's Trust. Governor Jeb Bush named Lawrence to the Florida Partnership for School Readiness, and he chaired that oversight board twice.

In 2002, Lawrence was a key figure in Florida's passage of a statewide constitutional amendment to provide pre-K for all 4 year olds. He is a board member and former chair of the Early Learning Coalition of Miami-Dade and Monroe. The David Lawrence Jr. K-8 Public School opened in 2006 across from the north campus of Florida International University. A fully endowed chair in early childhood studies is established in his name at the University of Florida College of Education. Gov. Rick Scott appointed him in 2015 to the Board of Trustees of Florida A&M University.

Lawrence serves as chair of The Children's Movement of Florida, a citizen-led, non-partisan movement to educate political, business and civic leaders – and all parents of the state – about the urgent need to make the well-being and education of all children Florida's highest priority.

Lawrence has 13 honorary doctorates, including one from his alma mater, the University of Florida. His national honors include the Ida B. Wells Award "for exemplary leadership in providing minorities employment opportunities” and the National Association of Minority Media Executives award for "lifetime achievement in diversity." He has been honored with the American Public Health Association Award of Excellence, the Lewis Hine Award for Children and Youth, the "Children's Champion" award from the National Black Child Development Institute, the Fred Rogers Leadership Award from the Grantmakers for Children, Youth and Families, the Terri Lynne Lokoff Child Care Advocate Award and the CNC (Cuban American National Council) Lifetime Achievement Award. His writing awards include the First Amendment Award from the Scripps Howard Foundation and the Inter American Press Association Commentary Award. He chaired the national Task Force on Minorities in the Newspaper Business, was the 1991-92 president of the American Society of Newspaper Editors and the 1995-96 president of the Inter American Press Association.

Lawrence was inducted into the Florida Newspaper Hall of Fame in 2010.